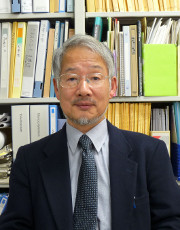 On its 130th anniversary, in 2012, the Botanical Society of Japan (BSJ) took its first steps as a Public Interest Incorporated Association, and also acquired a new logo. The BSJ now has two missions: (1) publication of the latest research progress in plant sciences, via an academic journal, books, and web technology; and (2) documenting and advertising research meetings, symposia, and workshops on plant sciences, with collaboration from related academic and non-academic groups.

Although this may be premature, I would like to revisit and evaluate our activities in recent years, and present our plan for 2015.

The Journal of Plant Research (JPR), published by the BSJ, issued its 129th volume at the end of 2014. The JPR presents results of research in diverse areas of fundamental plant sciences such as taxonomy, morphology, evolution, ecology, physiology, genetics, and molecular biology. The JPR has been chosen by the Biomedical and Life Science Division of the Special Libraries Association (SLA) as one of the 100 most influential journals in biology and medicine over the last 100 years. Many manuscripts are submitted to the JPR each year: the manuscript on floral morphology of Emblingia that I submitted on November 24th was the 550th submission of 2014. The impact factor for 2013/2014 is 2.507 (2.059 in 2012), and it is steadily rising. In 2014, our plan for global promotion of plant sciences through publication of the JPR was highly evaluated, and provided with great financial support, by the Japanese Society for the Promotion of Science.

With respect to meetings and symposia, the 76th, 77th, and 78th annual meetings of the BSJ were held at Himeji in 2012, Sapporo in 2013, and Kanagawa in 2014, respectively. There were numerous presentations by members of the BSJ in oral and poster sessions. Furthermore, we were delighted to have a poster session from high school students, which has been a feature of these meetings for more than 10 years. This has promoted communication between high school students and members of the BSJ, taking plant sciences to the next generation. Some symposia were sponsored by related societies; these included sessions on the issue of ABS (Access to genetic resources and Benefit-Sharing), as well as on the issue of the career paths of young researchers, which attracted considerable attention.

These reports and analyses demonstrate that our society is executing both its two missions properly. The public relations committee, which has been reorganized, will become active in 2015. Information useful for members of the BSJ will be sent out, including research papers from the cutting edge of plant sciences, which I think you will enjoy.

Finally, we have an announcement to the members regarding the management of the BSJ. Since I started working as the president of the BSJ, we have changed some of the Articles of Organization so that the action plan and budget are managed by the Board of Directors rather than by the Board of Delegates. This was simply to follow the law of Corporations of Public Interest. However, we will make sure that members' opinions are reflected in both the action plan and the budget. I will be glad of members' future cooperation and collaboration.